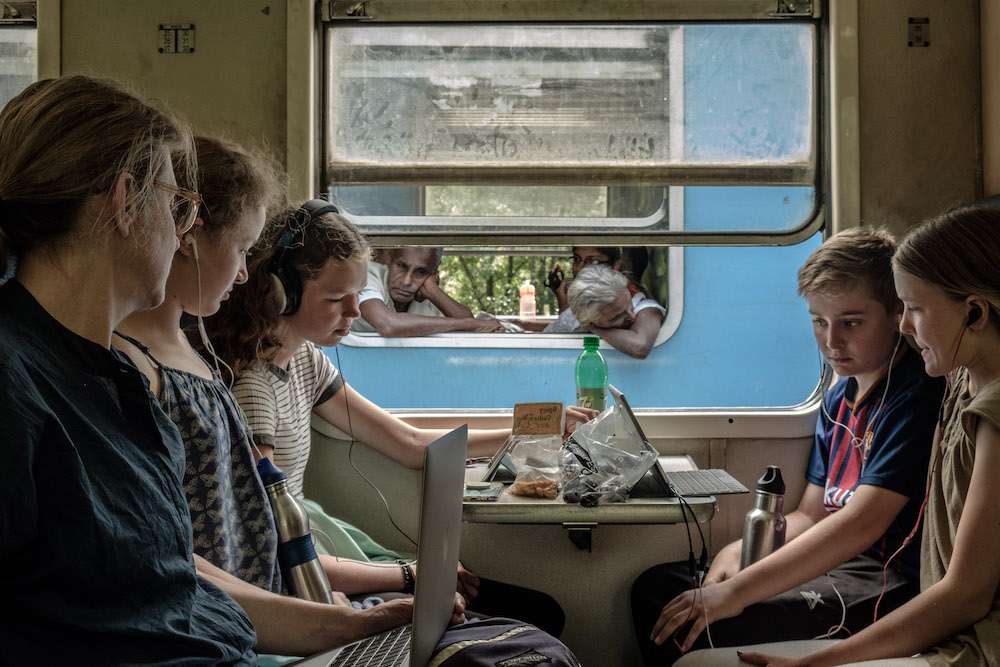 The story behind the photo

In Sri Lanka, one of the best ways to get around the country is by train. The train network is centuries old, but still pretty reliable. The trains themselves feel like they are centuries old, and they may well be. But they do the job, and it’s a pretty enjoyable experience.

During my travels in Sri Lanka, train travel was ideal for journeys that take you into the mountains. You slowly climb through the terraced tea plantations, and can enjoy views along the green valleys that seem to go on forever. Traveling by car is possible, but can’t possibly be anywhere near as enjoyable.

Sometimes the rides can take many hours, like the trip between Kandi and Colombo. The train company says the trip can happen in as little as 4 hours, but sometimes it can take as much as 7 hours. It all depends on the train, and the time of day. But the best thing to do is to just relax and let it happen in its sweet time, and take in the views.

The trip between Nuwara Eliya and Kandy, which are two wonderful towns in south central Sri Lanka, takes about 2 ½ hours. This is a pretty enjoyable journey, with plenty to see along the way. There are several stops along the way for locals and tourists to hop on and off, so much of the trip is spent in stations rather than moving. It’s during this time that we get to see how people spend their quiet time.

This shot was taken from my seat in the 2nd class train car, which was mostly full with foreign tourists. The seats were rigid, but there were small tables where you could lay out your snacks or tablets. Bench seats would fit 2 across comfortably, or 3 across if you’re slim. In the seats across the aisle from me was a family of British tourists, or maybe a couple families. Each of the kids in the photo, along with the adult sitting with them, had their attention drawn to their video screens, enrapt with the entertainment that they brought with them.

Through the window, you can see another train, that would presumably be going the other direction. And in that train car are two elderly local people, whose only source of entertainment is looking out the train window. It’s this contrast that caught my attention first. Perhaps it’s a generational difference, or maybe it’s a financial difference. But it’s interesting to see how different people spend their time on the trains. 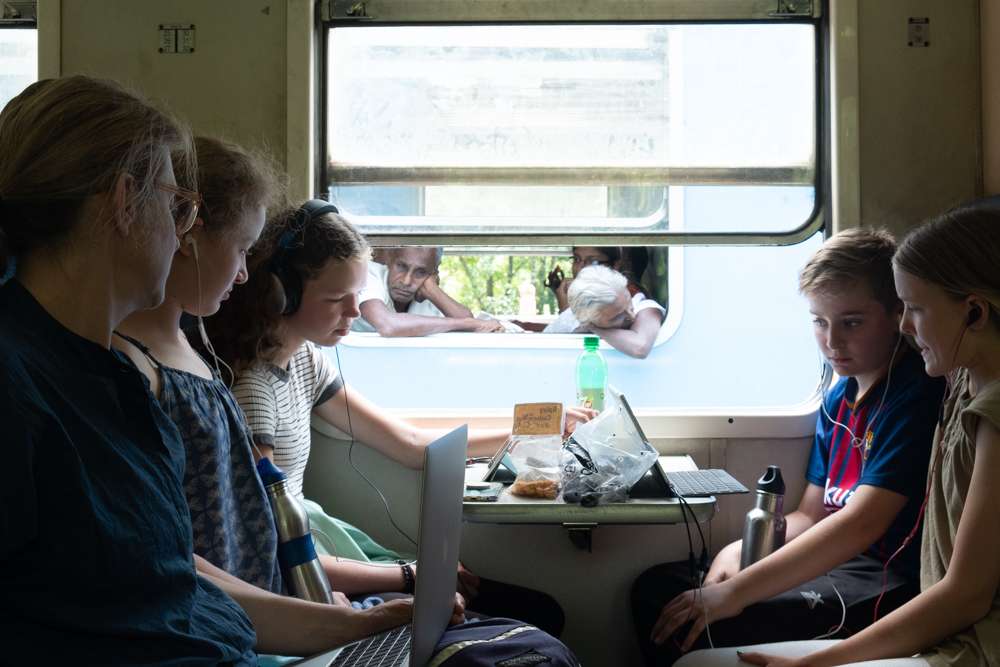 I’ve decided to show the “before” photo here, just to provide some explanation about how the image was processed.

As you can see, the camera took in a lot of light from the background brightness, and subsequently underexposed the interior of the train car. This is a reasonable expectation because of the huge difference in light between the two different scenes. The camera is behaving exactly as I’d expect it to. But it’s not that difficult to fix in post processing.

In Lightroom, I increased the shadow detail, while reducing the highlights. I also increased the clarity, so that the details in the dirty window were more visible. And finally, I reduced some colour saturation to cut down on some of the brightly coloured clothing on the boy. After some simple sharpening, the image was done.

END_OF_DOCUMENT_TOKEN_TO_BE_REPLACED

Not many people would realize it, but there are over 22 million Muslims in China. Read about the Hui Muslims in Xi’an, famed for their night food market.